Germany is one country in Europe that doesn’t have a lot of rules and regulations when it comes to gambling. Since the country is divided into states, each decides the gambling regulations. The federal government doesn’t have any hand in this industry. Every gambling activity is under state law from lotteries, sports betting to online casinos.

There are interstate treaties that are quite complex but function well for all involved. A total of 16 states exist in the country as a whole and participates in the interstate treaties. This structure came into effect at the time of East and West Germany. The industry that existed before WW2 was destroyed and the country had to start afresh. At this moment, a divide existed between East and West Germany.

The states that made up West Germany each was permitted to regulate gambling in their territory. The same was not available in East Germany that only permitted lotteries and sports betting. It’s not until 1995 that the restrictions were lifted and the current gambling industry emerged.

As previously noted, there is an agreement between states on Interstate gambling in the country. The treaty came into effect in 2008 but wasn’t effective due to clashes with EU rules. The treaty was later revised in 2011 and became law in 2012. Though there was a state monopoly, the treaty permitted other bookmakers to enter the German market. Other changes included permitting casino adverts, including online casinos with MGA lizenz, lottery jackpots between states, and online lotteries.

Facts and Figures about Gambling in Germany

It’s better to understand German gambling laws at the state level. The law takes different formats once you shift from the federal government to state.

Across Germany, sport betting is legal in all states. There are bookmakers with physical premises in the country. Here punters can walk in and place their bets. The most notable of these bookmakers are 888sport, LeoVegas, Bwin, Cashpoint, among others. Online bookmakers are very popular as well with thousands of bets placed on favorite sports like Soccer. Schleswig Holstein has licensed 20 different bookmakers to operate within the state.

Many German gamblers are avid fans of lotteries that sees much of the activity in this industry. There are public and private lotteries whose existence is determined by the laws of each state. The DLTB is the main lottery in Germany tasked with coordinating all state lotteries in the country. Lotto games beloved by Germans are Class lotteries, 6aus49, and GlucksSpirale. There are lotteries run by TV stations like the Die Fernsehlotterie. You can even find lotteries online as the law permits this in Germany.

Slot salons and casinos in Germany provide slots for all gamblers. Germany has a total of 16 states with 14 permitting casinos. Two states don’t allow casinos to operate within their boundaries. Casinos across the country are either owned by the state or private owners depending on which state one is located.

Slot halls are a commonality in the country as well. They not only provide slots but other games as well. Some common rules to expect are a limitation on how much you can bet and how much you can win. This is important to reduce the rate of problem gambling that is a worrying trend in Germany. The current law doesn’t permit online slots but this doesn’t prevent the people from seeking them out.

Germans are permitted to take part in horse betting on races that are open to the public. It can include other public activities involving horses and not just racing. Under this product, all participants need to keep in mind the federal Race Betting and Lottery Act.

In Germany, under the current Inter-state treaty, there is no specification of the type of casino games permitted. Out of the 16 states, 14 provide casinos and the majority are state-owned. In this case, many games that exist under this category are permitted. They include roulette, baccarat, blackjack, Punto Banco, Poker, Buole, Craps, and Wheel of fortune among others.

Still, under the official licenses, there might be some specifications to the permitted casino games.

In Germany, under the interstate treaty, bingo is taken to resemble the lottery. It’s not defined on its own but is available. For it, similar rules that match lotteries apply.

For poker, it’s not identified individually at the state or national level in Germany. It falls under casino games and the same rules apply in both. You can find it in many licensed state-owned or private casinos in the 14 states that permit them.

Legally most online gambling is not licensed in Germany. It’s not too clear whether Germans are allowed to place bets online or not. There is much need to reform the current laws for a better definition of this industry. Despite the conflict in legality, many Germans keep gambling online unbothered by it being legal or illegal.

Germany is one country whose citizens enjoy online gambling. International platforms have a huge presence in the country. These operators mostly run their activities in the shadows and accept wagers from gamblers in this country. This might be true on a national level but when it comes to individual states, matters are different.

Schleswig Holstein is a state that went ahead and issue licenses to online operators in 2011. They can operate legally in this state after meeting all set requirements and getting an official license. The issued licenses were set to expire in 2018 but were extended to 2021.

The current state of problem gambling in Germany shows that it’s slowly reducing among gamblers. The Drug and Addiction Report that is released every other year by the Drug Commissioner stated this. Despite their main focus being drugs, problem gambling is addressed as well.

The current report was based on 11500 participants and out of them, 37.3% have taken part in active gambling. This was a decline from the previous 40.2% in the previous report. In the report, out of these participants, 0.42 were determined to be problem gamblers. 0.37% are addicted but the percentage is lower than the previous 0.82%.

The Inter-state treaty among the 16 states in Germany controls the gambling industry. The states have more to say about gambling activities in the country. Out of the 16 states, there are various gambling activities permitted and not permitted in each state. Schleswig Holstein is the leading state when it comes to licensing operators within the state. Currently, issued licenses in this state will run until 2021 extended from the previous 2018.

Licensing and Regulation in France 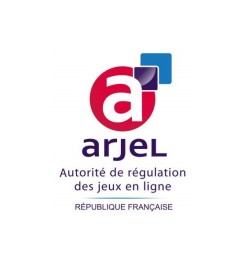